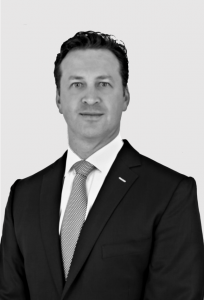 Damian Grice is a Board Member of Greenstone Saudi Arabia.