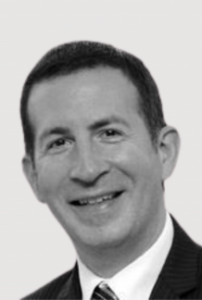 Mr. Loiacono is the Chairman of Greenstone Saudi Arabia and is the CEO of Tahara Manufacturing Group in Saudi Arabia.

Mr. Loiacono has over 25 years of experience in global financial markets, including business building, advisory, and banking roles in the Middle East and U.S. having launched multiple regulated financial institutions in multiple countries.

Between 2008 and 2013, Mr. Loiacono worked with esteemed banks such as First Choice Bank, Deutsche Gulf Finance, and Deutsche Bank.

From 2001 to 2008, Mr. Loiacono was the Chief Executive Officer and Co-Founder of Montgomery Mortgage Capital, a national privately-owned mortgage lending firm.

Mr. Loiacono has served as a board member globally and is currently acting as Independent Board Member of Lyst Technologies in Bahrain & a Board Member of Blocsport.one in Switzerland.