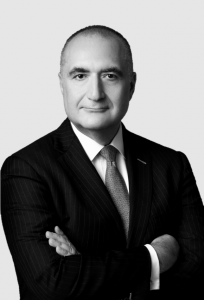 Between 2007 and 2011, Mr. Gemici was Managing Director and the Head of Deutsche Bank’s real estate finance, mortgage origination, trading, and warehouse lending businesses in the Middle East and Africa.

Prior to joining Deutsche Bank, Mr. Gemici’s entrepreneurial abilities as Founder and CEO were showcased in the establishment and management of Montgomery Mortgage Capital, a New Jersey-based mortgage banking firm with origination volume exceeding $1.2 billion annually.

Between 1999 and 2001, Mr. Gemici was a Senior Vice President at MortgageIT, Inc., a top U.S. mortgage lender later acquired by Deutsche Bank. He was responsible for new business development and M&A. During Mr. Gemici’s tenure, mortgage origination volume of the company increased from $10 million per month to over $1 billion per month. Between 1997 and 1999, Mr. Gemici was the Managing Partner of an investment firm which acquired and managed nearly 1,000 residential apartment units located in four states in the U.S.